Wired: THE FCC’S LATEST MOVES COULD WORSEN THE DIGITAL DIVIDE 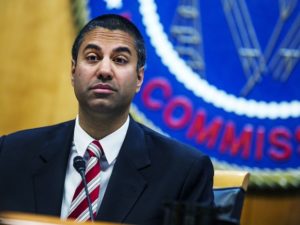 EXCERPT: “When Ajit Pai became chair of the Federal Communications Commission earlier this year, he pledged to make bridging the digital divide a top priority. Thursday, the commission took several steps that could worsen the divide, by making it harder for poor and rural Americans to access telecom services. In particular, the agency said it is considering changes to its Lifeline program that helps low-income Americans pay for telephone and internet service, and to allow telecom companies to decommission aging DSL connections in rural areas without replacing them. The proposed changes to the Lifeline program would reduce the available subsidies, make them available to fewer people, and cover fewer carriers.” FULLSTORY: http://bit.ly/2mGAXqz