The Washington Post: We need a smarter narrative about rural America 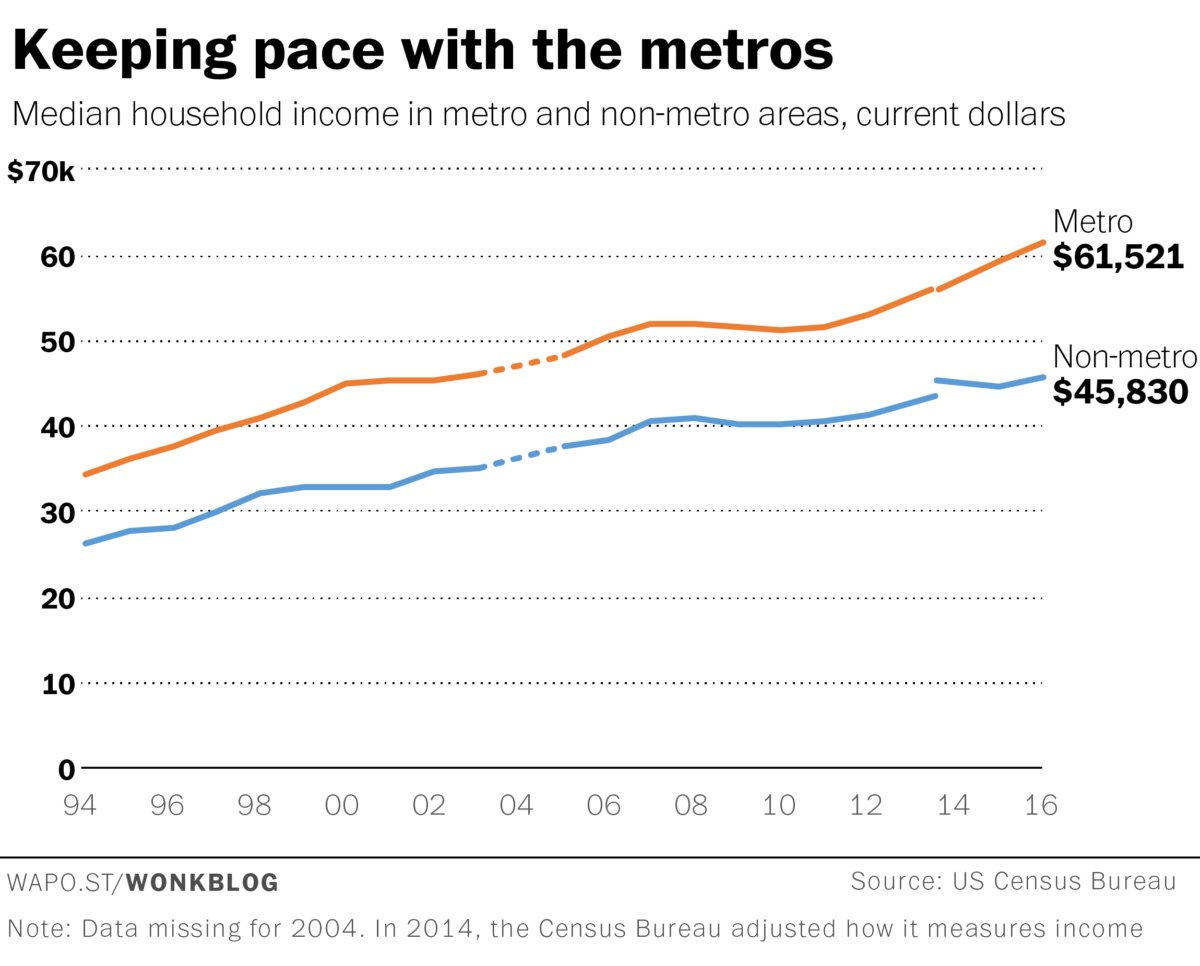 EXCERPT: “We’ve heard a lot about America’s struggling rural areas in the past year. Forgotten America, where men and women lead hardscrabble lives marked by poverty, lack of opportunity, addiction and despair. Rural America, we’ve been told, is falling behind: on everything from Internet access to health care to business to youth. But recent Census Bureau data suggests that some of these concerns, at least, may be overstated — particularly when it comes to paychecks. Income figures released by the agency this week show that household incomes outside the nation’s metro areas are indeed about 25 percent lower than incomes inside them. Last year, households inside metro areas had a median annual income of about $61,521, while households outside them earned just $45,830. Here’s the thing, though: percentage-wise, that gap between metro and non-metro areas is essentially unchanged over the last two decades . . . just as in the cities, people in rural areas tend to be greater than the sum of the challenges they face (I speak from personal experience here, having moved to rural Minnesota in 2015). On the question of income, at least, rural America isn’t ‘falling behind’ — it, at least for now, is holding steady.” FULLSTORY: http://wapo.st/2x36red