Dear Governor: Rural Minnesotans are looking for someone who listens 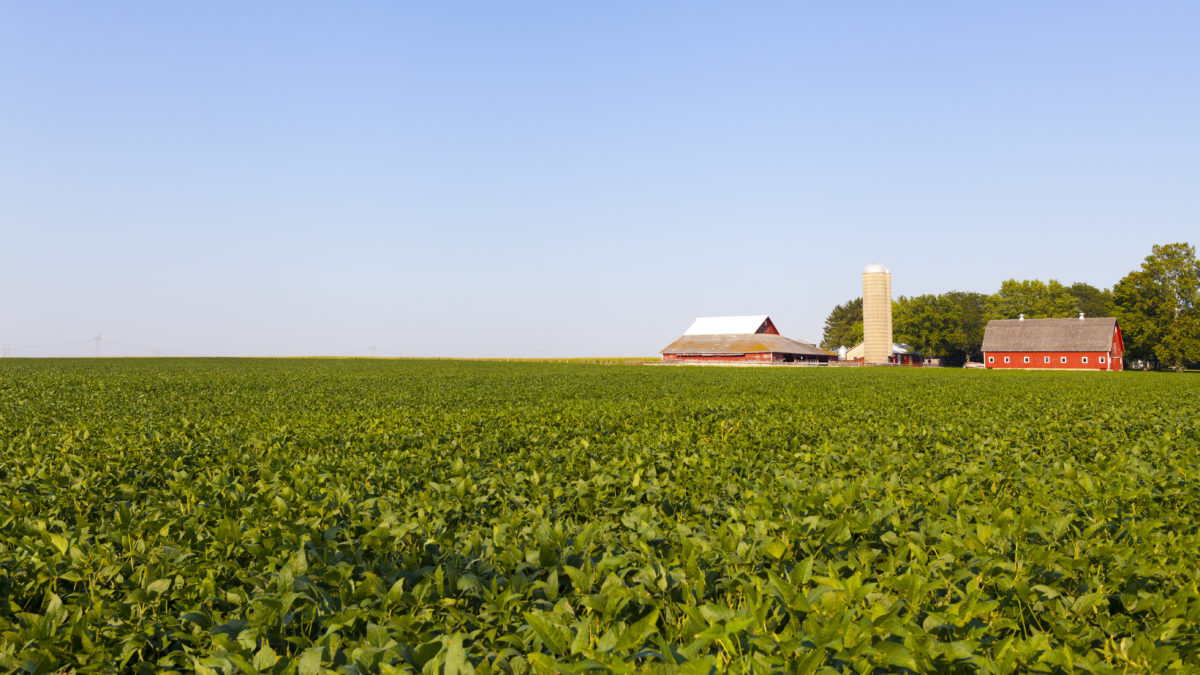 Welcome to the top leadership position in our state government. We at Minnesota Farmers Union look forward to talking with you and your administration about topics that affect our state’s family farmers and rural residents.

As you’ve no doubt learned, it’s a hard time in agriculture right now. Commodity prices have dropped by more than 50% in the last five years. Many family farmers who’ve been in operation for decades are faced with tough decisions about their businesses. Corporate consolidation in agribusiness leaves farmers with fewer options for purchasing the products they need at prices they can afford. Rural development is threatened with budget cuts at the federal level. Roads and bridges across the state are in need of repair.

You probably witnessed firsthand on the campaign trail how bitterly partisan our political conversations have become. It’s difficult to accomplish anything that benefits us all when we are so divided. Even our legislators, elected to work for the people in their districts, don’t always take the time to really listen to others. My organization’s members and I noticed this sentiment at our Rural Voices Discussions, which we’ve held for two years in a row now in rural towns across Minnesota.

You were elected to work for the people of Minnesota: rural, urban, suburban and exurban. At this point in time, farmers make up only about 3% of Minnesota’s population, but agriculture is still a major part of our state’s economy. The downturn in commodity prices not only affects farmers themselves, but our small towns. Without a strong farm economy, rural businesses can’t thrive.

If you’re wondering what the strongest emotion rural people are feeling right now, we can tell you: frustration. Frustration that legislators and government have not made major changes to address health insurance costs, road and bridge infrastructure, the farm economy. Frustration that agricultural regulations have been put in place without consultation of those affected by them most: farmers. Frustration that politicians and media in St. Paul haven’t come out to rural areas to listen to people about what works and what doesn’t. Frustration that the lack of broadband Internet access continues to be an obstacle to success in rural life.

Rural Minnesotans need a governor who listens to them and consults them on issues they know well. We encourage you and your administration to hold listening sessions in rural areas several times a year, where people can speak their minds freely and feel that they’re truly being listened to, not talked at. Especially if you are considering new agricultural regulations, make sure farmers and rural residents are part of the discussion the whole way.

Regarding specific policy issues, there’s one thing we’ve heard over and over again as a thorn in the side of farmers. That issue is health care costs. At the Rural Voices Discussions, we heard from farmers and other self-employed people who are paying anywhere from $25,000 to $45,000 per year in health insurance premiums and deductibles before they could recoup any of those dollars. This is more than many people earn in jobs that often provide them with access to lower-cost health insurance. Even in a good agricultural economy, these costs are unaffordable. Not to mention they are a barrier to beginning farmers—and we need beginning farmers more than ever, as the average age of a farmer is 57.

We’re interested in hearing your ideas about improving this situation. Congress debated reforms to the Affordable Care Act in 2017 but ultimately did not make changes. Your predecessor, Gov. Mark Dayton, proposed in both 2017 and 2018 a MinnesotaCare Buy-in option, which MFU supported. MFU’s official policy, which is created by the grassroots efforts of our members, calls for a single-payer health care system. The MinnesotaCare Buy-in doesn’t get us all the way there, but it would still help many people get affordable health insurance, being able to buy in to the program if their incomes are too high to automatically qualify. Another option is health care cooperatives. 40 Square Cooperative is one example of those. Farmers already turn to cooperatives for marketing their products, so it makes sense to give it a try in health care too. Regardless of what ideas come up, we need to have a bipartisan discussion about reducing the costs of health care. It’s time to stop playing politics about it.

Also, we want to see more action to fix our rural transportation infrastructure. There is not sufficient funding available currently to build or repair roads and bridges, which are essential for farmers to get their products to market and for other rural residents to get to their jobs and schools. In creating your budget proposals, be sure to leave space for funding rural transportation needs. Do keep in mind that rural transportation doesn’t need to be pitted against urban – we need good urban transit systems, too. Support both.

Rural broadband Internet access is something MFU has been fighting for for years. Our members tell us they can’t work from their homes because their connections are too slow. Some say they have to go into town and sit in a McDonald’s parking lot to get wi-fi. High speed internet should not be a luxury for family farmers and rural residents. Without it, rural communities cannot retain residents or be part of the global economy. Students cannot complete homework. Farmers cannot run their farm operations adequately or communicate with officials. Broadband needs to be considered an essential utility, and it requires a significant investment from the state of Minnesota. Bills that funded rural broadband have had bipartisan support but were not passed because of other issues. We urge you to continue the push for rural broadband funding.

More specifically to agriculture, we hope you will continue Gov. Dayton’s efforts in cleaning up Minnesota’s water. We are all better off with a safe water supply, and it takes work from everyone to get there. However, farmers did not always respond well to Gov. Dayton’s proposals. One of his signature laws was the buffer law, which required farmers to install 15-foot buffers on their farmland next to public waterways. The negative reaction to this was ensured because farmers felt like they weren’t consulted about it ahead of time and felt like they weren’t recognized for all the work they’ve already put into cleaning up the water coming off their land. Farmers prefer incentives for environmental sustainability over sweeping regulations. For instance, the Conservation Reserve Enhancement Program (CREP) encourages farmers to voluntarily retire environmentally sensitive land and offers payments to farmers and agricultural land owners. It’s an offshoot of the federal Conservation Reserve Program (CRP), which is widely used. Programs like these are more popular with farmers than regulations. Additionally, be sure to recognize what farmers have already done. They are adapting quickly by implementing practices that keep water clean. When the buffer law was implemented, most counties were already close to being fully in compliance. This is another opportunity for you to have an open dialogue with farmers and work with them.

Farmers are innovative people and like to keep up on new ideas that can help the environment. That’s why it’s important to fund agricultural research at our universities. The Forever Green program at the University of Minnesota is one of those research hubs. The scientists there study crops such as Kernza, a perennial grain that requires less water and soil disturbance than corn and soybeans to grow. The ideas coming out of our state universities could benefit farmers for years to come. Plus, farmers still turn to University of Minnesota Extension agents with their questions about production. Make sure to prioritize funding for agricultural research in your budgets.

Lastly, one of the best ways to show support for Minnesota farmers is to attend farmers markets. You can meet farmers and consumers, urban, suburban and rural alike there. Plus, you can enjoy Minnesota-grown food—the best way to make a farmer feel appreciated. Advocate for Minnesota Department of Agriculture local foods programs like Minnesota Grown, which highlights our family farmers growing fresh food. Support Market Bucks, a program that makes it easier for low-income individuals to buy local by offering those on SNAP/EBT up to $10 extra at farmers markets.

You’ll find Minnesota Farmers Union at the Capitol every day during the legislative session and at every hearing your administration holds about agricultural and rural issues. We’ll be fighting hard for family farmers and rural Minnesotans just as we always have. We have much work to be done to accomplish what we must, and doing that means working together without getting derailed by partisan rhetoric.

I look forward to working with you.

Besides serving as president of Minnesota Farmers Union, Gary Wertish operates the family farm with his son near Renville and has spent many years in the agriculture policy field at the local, state and federal levels.