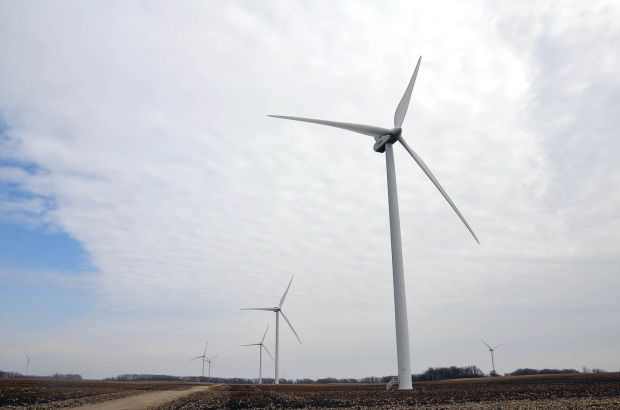 EXCERPT: “It’s a booming market for wind energy, and Minnesota is one of the states leading the charge. The U.S. Department of Energy released several reports on the wind energy industry this week, which combined depict a fast-growing market driven by explosive technological growth. As of last year, there are enough turbines in operation around the country to meet 6.2 percent of the country’s annual electrical demand, but that number is growing fast: wind made up fully 27 percent of new power generation completed last year. ‘There’s a lot of growth in that industry, especially as of late: a lot of installations presently, a lot of employment, 100,000 jobs, and a lot of stories that are just really powerful, of states with high penetration that are just operating very, very successfully,’ said Jose Zayas, Director of the DoE Wind Energy Technologies Office. Minnesota generates 17.7 percent of its electricity from wind, nearly three times the national rate, and sits at seventh among states with total installed capacity of 3,499 megawatts. More is on the horizon, including a 200 megawatt wind farm under development in Dodge and eastern Steele counties. A big part of what makes Minnesota a leader in the industry, Zayas said, is simple geography. Minnesota has a ‘world-class’ wind resource, especially in the southwest part of the state. But a successful wind industry requires not just wind, but land, transmission lines and political support, and Minnesota offers all four.” FULL STORY: http://bit.ly/2uNQKTe