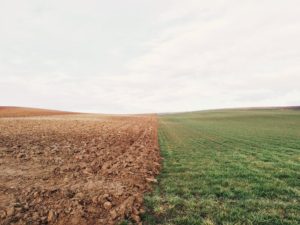 From Don Davis via The Forum, EXCERPT: “Environment-related spending and policy changes come in a lot of bills, but the most discussed issue has been buffers. “The buffer stuff is huge,” House Environment Chairman Dan Fabian, R-Roseau, said. Dayton upset a lot of farmers when he began pushing for a law, passed in 2015, to require buffers between water and cropland. While he had GOP support for the measure, Republicans did not like how it was progressing and the law was changed in 2016 and they returned this year demanding that the enactment be delayed a year and other changes be made. The governor would hear none of it and said the bill had to remain the same until next year. But, Fabian said, farmers are in the field now and “alternative practices” other than planting buffers have not been finalized, and farmers will not be able to do the work needed by the Nov. 1 deadline. The compromise legislation allows farmers to apply for an automatic waiver that means they will not need buffers, or alternative measures, installed until July 1, 2018. That gives farmers 11 months to comply with the law. Several bills contain money to help farmers and local governments meet the buffer law. The bill also narrows the list of what can be considered public waters, which Fabian said under existing law could be a puddle.” FULL STORY: http://bit.ly/2qPnAV0