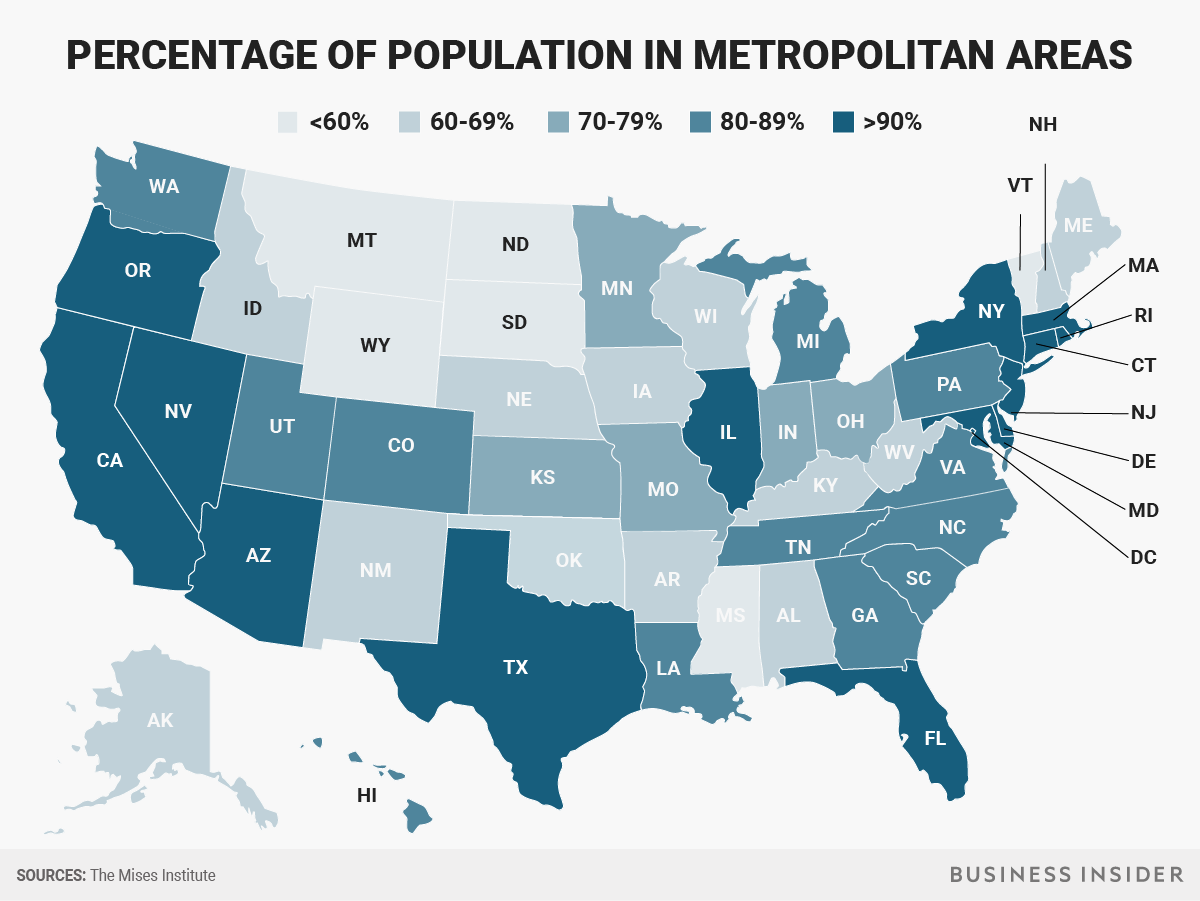 EXCERPT: “Rural America continues to be a topic of political conversation. For many journalists and pundits, this focus comes out of a belief that rural America is the primary driver behind President Donald Trump’s political base. ‘Rural Resentment,’ for example, is the title of an article last week at Slate that, in its own words, ‘discussed how rural dwellers see city folk.’ That’s all well and good, but the rural population in the US is only a small and shrinking part of the coalition that put Trump in the White House. The rural population today, according to Census Data and the Kaiser Family Foundation, comprises only 14% of the US population nationwide. That is, only 14% of Americans live outside a metropolitan area. Eighty-six percent of the population is connected to a metropolitan area, its economy, and its amenities. Moreover, rural areas are a shrinking phenomenon, largely because the industries that drive rural settlement — agriculture and natural-resource extraction — are employing fewer and fewer people. And today, many states that are often considered to have large rural populations are really overwhelmingly metropolitan. This is true in Colorado, for example, where 84% of the population lives in metropolitan areas. Yes, there are farmers and miners in the state. But more than eight in 10 people live near a city. Texas is also far more metropolitan than many people assume, with 92% of its population in metropolitan areas.” FULL STORY: http://read.bi/2fM9zEu