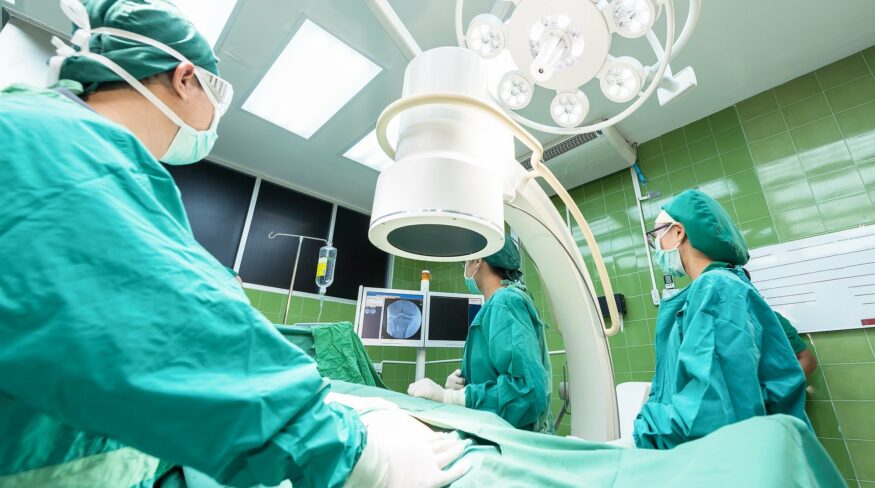 To watch a webinar presenting this research and a Q&A with healthcare experts, click here.

A citizen protest reveals the need for a policy change

Before the COVID-19 crisis began, the Center for Rural Policy and Development was gathering information and analyzing the impacts mergers and acquisitions among health care providers have been having on access in rural areas. We were a few weeks away from releasing a report before the pandemic turned everyone’s lives upside down. As we adapt the report to this new reality, we will be releasing parts of that research while also bringing into focus how the COVID-19 response is magnifying the issues we identified in the original research report. It’s likely that access to health care services and the health of our health care providers will be a significant conversation over the next year.

Part 2: Health care mergers and acquisitions are the new reality

Part 4: Controlling health care costs on the hospital side

This consolidation of services was not unusual or unprecedented. Consolidating services and closing facilities has been going on in rural Minnesota for decades. Between 1987 and 2017, 49 hospitals closed in Minnesota, almost two a year, but most went unnoticed except in the small towns that lost them. The shuffle between Albert Lea and Austin might have gone largely unnoticed, too, except that the residents of Albert Lea kicked up a fuss.

In a 2017 Star Tribune article, Mayo officials explained that the two primary drivers behind their decision were financial and staffing, saying that it had become too difficult to staff identical services in both cities. The Albert Lea and Austin hospitals together had lost nearly $13 million in the previous two years[1].

The episode in Albert Lea demonstrates a couple of things:

First, it shows that there can be significant variation in the financial performance among hospitals even within the same system, and this is where small rural hospitals run afoul of the value-based payment philosophy discussed in earlier posts. They are too small to be efficient. Therefore, the business model many of the state’s hospital systems have adopted is a hub-and-spoke feeder one, where the smaller rural hospitals and clinics act as satellite offices offering basic care while feeding patients into the larger hospitals in population centers where the specialty care can be provided more efficiently.

Second, the folks in Albert Lea showed that rural residents are fed up with and even downright afraid of having their healthcare services taken away from them. As services disappear, the need to drive further and further to access them becomes a larger and larger problem, especially for rural Minnesotans, who tend to be older on average.

However, since Mayo’s decision to consolidate most inpatient services to their Austin location, residents in Albert Lea have successfully recruited a new healthcare system to town. MercyOne, the largest hospital system in Iowa, will be setting up a clinic in the city’s vacant Herberger’s location. Although starting out with general clinical services, their plan is to have a full-service hospital within five years.

It’s rare for a community to successfully recruit another hospital system to compete with one that already exists, particularly in a community under 20,000, but MercyOne responded to the group’s request for proposals, presenting a five-phase development plan that includes a level-2 trauma center.

Before MercyOne can offer inpatient services, however, it must address one major requirement from the state: a “certificate of need.” Minnesota currently has a moratorium on adding hospital beds anywhere in the state, a policy dating back to the 1960s.

MercyOne isn’t concerned that this review process will delay their plans, but the whole Albert Lea episode raises a curious question: Why is a government review required when a healthcare system wants to open up and offer more services in a community (specifically inpatient services), but not when a provider decides to consolidate and eliminate services from a community?

In the current healthcare market, the elimination of services in places where there is already a lack of services and alternatives has potentially dire implications for the community. Not only is this a potential threat to local health and quality of care, but also to the region. Healthcare facilities are also major employers in rural cities. If the hospital or clinic leaves, the doctors and nurses who work there will all but have to leave, too, to find new jobs. The presence of healthcare is also important to employers trying to recruit workers to their businesses. But while the state has been reviewing and restricting expansions in inpatient services over the last forty years, all over Greater Minnesota many more health services have been quietly going away.

We’ll be making some recommendations to address this issue and the others we’ve discussed in this series of blog posts, especially in light of the pandemic, when we release our full report on what’s causing the disappearance of health care services in Greater Minnesota. Watch for it in early May.