In praise of one state 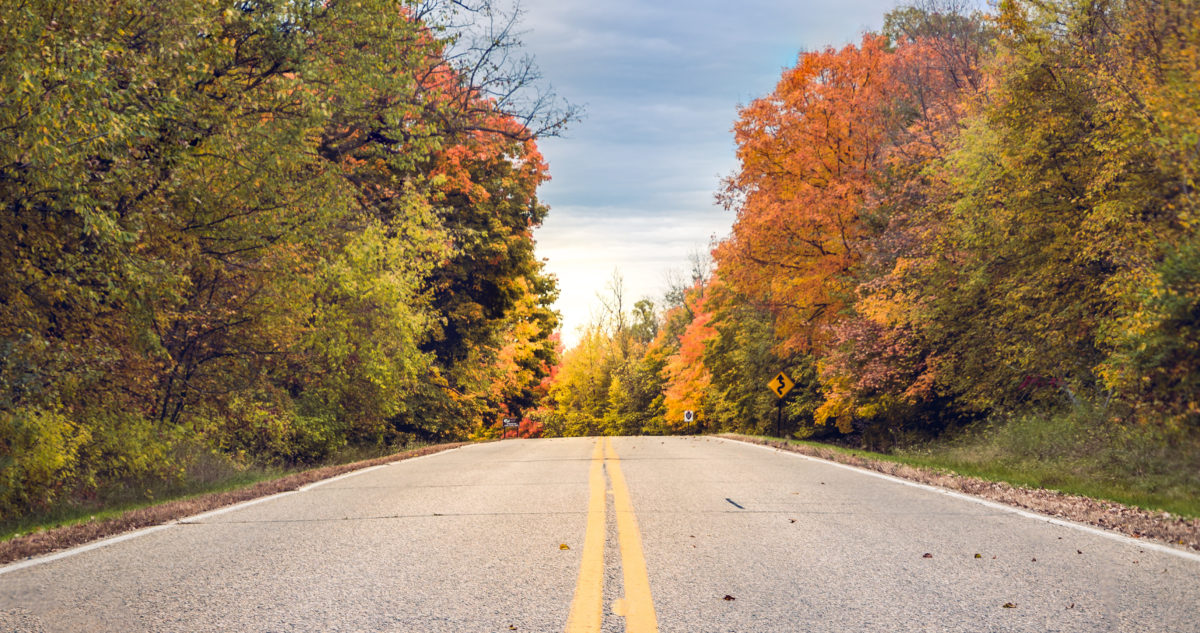 By Tim Penny and Charlie Weaver

Much has been made about the economic, cultural, and political divides between Greater Minnesota and the Twin Cities metro. In some respects, the urban-rural split is undeniable. Everything from demographics and economic conditions to culture differ from the metro area to Greater Minnesota. The rural-metro divide is often magnified at the State Capitol, where GOP legislative gains in the 2014 and 2016 elections all but eliminated the DFL’s footprint in Greater Minnesota, but DFL wins in the Twin Cities suburbs in 2018 flipped control of the Minnesota House, adding geographic polarization to already endemic political polarization. Recent sessions have seen rural and urban legislators pitted against each other on everything from vegetation buffers to transportation funding. The result is that many in Greater Minnesota feel like they have been left behind.

These dynamics obscure a fundamental truth: Greater Minnesota and the Twin Cities metro are both integral to our state’s identity and a critical part of Minnesota’s current and future success. Today—as a debate swirls about the perceived urban/rural divide in Minnesota—it is important to recognize the enormous contributions that both urban (defined as the seven-county Twin Cities metro area) and rural (comprised of 80 non-metro counties) Minnesota bring to the success of the state as a whole. We are one state with several economies and several economic regions. Urban and rural together define the success of our state.

Greater Minnesota is also fertile ground for Fortune 500 companies and other large employers, with some of our state’s most iconic and innovative companies born and raised outside of the metro area. Nationally and even internationally known names have roots in rural Minnesota. The list is long and impressive and includes Polaris, Arctic Cat, Hormel Foods, Marvin Windows, Mayo Clinic, Otter Tail Corporation, Schwan’s, Red Wing Shoe Company, Federated Insurance and Taylor Corp, just to name a few.  Can you imagine Warroad without Marvin Windows or Austin without Hormel Foods? But equally important are names like Medtronic, United Health, Best Buy and US Bank (among many others). These Twin Cities-based corporations also define Minnesota as a world leader in a variety of business sectors.

Rural Minnesota has long been affiliated with the Iron Range, where the mining industry put Minnesota on the map. One of the companies originating from the Iron Range is 3M. Today few recall that 3M got its start in Two Harbors in 1902 as Minnesota Mining & Manufacturing. 3M is now housed in the east Metro—but continues its legacy of invention and innovation. Incidentally, 3M plants continue to provide good jobs across rural Minnesota at their facilities in Hutchinson, Fairmont, New Ulm and Alexandria.

Perhaps just as important as its economic contributions, 3M’s early leaders—McKnight and Bush and Ordway—are to this day revered through legacy funds (the Bush and McKnight foundations) which add vibrancy to our state through investments in education, the arts, social programs and community development, and the Ordway Center which offers rich and varied cultural experiences for all Minnesotans. Northern Minnesota also evokes images of the fictional Paul Bunyan, who represents our state’s historic identity with lumber and paper industries. Blandin Paper stands out as another rural business that in its day was known well beyond our borders—and, like the McKnight and Bush Foundations, the Blandin Foundation continues to invest importantly in our state’s future.

One of Minnesota’s rural political leaders, Congressmen Andrew Volstead of Northwestern Minnesota, brought farm cooperatives into our economy by authoring the 1922 Capper-Volstead law. Among the highly successful farm coops made possible by this law are Minnesota-based Land O Lakes, Cenex/Harvest States (CHS), American Milk Producers Inc. (AMPI) and American Crystal Sugar. In addition, this law subsequently led the way for cooperative electricity—think Great River Energy—assuring that rural Americans were not left behind. These rural-based coops stand alongside metro-based counterparts—in the agriculture sector Cargill and General Mills, and in the energy field Xcel Energy—in making all of Minnesota strong and vibrant.

It is also important to note that many companies based in the metro area are highly dependent on the success of Greater Minnesota, specifically farmers. Cargill, CHS, Land O’Lakes and General Mills are just a few examples of companies whose headquarters are in the Twin Cities but who depend on farmers from across the state to supply the lifeblood of their businesses. Agriculture is our state’s second largest economic sector (only the manufacturing sector is larger), and agriculture and related industries comprise nearly 25% of our state’s economy. In all, there are 74,500 farms, $75 billion in ag-related economic activity, and 341,000 ag-related jobs (15% of all Minnesota jobs).

Let’s look at another huge economic sector that is driven in large part by Greater Minnesota: Tourism. Take a look at the many state parks, historic sites, and family-owned businesses that dot the landscape in rural Minnesota, drawing both in-state and out-of-state visitors to our rural regions. These rural attractions include scenic drives such as the North Shore Drive and Highway 61 along the Mississippi. And then there are the lakes. We claim to be the Land of 10,000 Lakes, but in reality there are nearly 14,000. The Brainerd Lakes, Detroit Lakes, Grand Rapids and Southern Lakes are among the thriving recreational lake regions in our state. Simply put, tourism and related recreational activity is huge in our state, adding $14.4 billion in economic activity, delivering $930 million in sales tax revenue, and providing 254,000 full- or part-time jobs—fully 11% of total private-sector jobs in our state.

But tourism is also a huge factor in the Twin Cities, with the Mall of America leading the way. And just as metro residents seek rural destinations to recreate and enjoy, rural Minnesotans rely on the Twin Cities for getaways. We delight in attending Vikings, Twins, Wild, Timberwolves and Lynx games. We enjoy theater productions at the Ordway, the Orpheum and State theaters. We appreciate concerts at the Excel and Target Centers and so much more. And the Twin Cities offer much even for those who enjoy the outdoors, with the Minnesota Zoo and Como Park and hiking/biking trails in abundance.

Education: Our key to success

Perhaps the most underappreciated rural contribution to our state’s economy is that most Minnesotans secure their education from rural-based higher education institutions. Four University of Minnesota campuses are in rural cities and half of Minnesota’s private colleges are located in rural communities. Six of the seven State Universities are in rural Minnesota. Of the 34 two-year community and technical college campuses, only 11 are in the metro area. Impressively, because it is a huge boon to our economy and competitiveness, fully 80% of these State University and Community College graduates stay and work in our state. Still, the University of Minnesota’s main campuses in Minneapolis and Saint Paul are also a heavy draw for rural students—just as many metro students choose to travel to rural campuses for their higher education. In short, when it comes to educating our state’s future workforce—rural and urban are deeply interconnected.

What has allowed remarkable companies to grow and prosper in Greater Minnesota? A talented and hard-working workforce, a strong public education system, and a solid infrastructure that allows these companies to get their goods to market. However, these important assets are at risk, threatening rural Minnesota’s future vitality. Challenges include an aging population (44% of rural Minnesotans are age 50 or above, compared to 32% of urban Minnesotans),[4] constrained workforce growth, acute housing shortages, and aging infrastructure.

Minnesota’s future success as a state is directly tied to the success of Greater Minnesota. The challenges are real, but none are insurmountable. Like a crop needs water, Minnesota needs a growing and prosperous Greater Minnesota if we are going to maintain the quality of life each of us, regardless of where we live, all treasure.

But many of the most pressing challenges facing Minnesota are neither rural nor metro, they are statewide. For example, our population is growing increasingly diverse, our education achievement gap remains large, and our talent pipeline is shrinking and constraining economic growth. These challenges know no geographic borders.

Tim Penny is the President & CEO of Southern Minnesota Initiative Foundation and represented Minnesota’s First Congressional District in the U.S. House of Representatives from 1982 to 1994. Tim grew up on a family farm in Freeborn County and is the fifth generation of Pennys to live and work in southern Minnesota.

Charlie Weaver is the Executive Director of the Minnesota Business Partnership, which represents more than 115 CEOs and top executives of Minnesota’s largest homegrown employers. Prior to joining the Partnership, he served as Chief of Staff to Governor Tim Pawlenty and Commissioner of Public Safety under Governor Jesse Ventura. Previously, he served as a criminal prosecutor in Anoka County and represented Anoka in the Minnesota House of Representatives. He was born, raised, and still lives in Anoka, Minnesota.