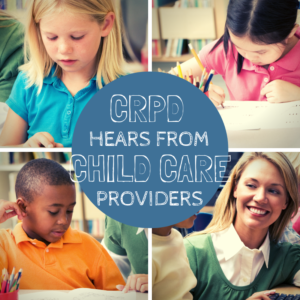 Results of a statewide survey of child care providers

The Center first started looking into the matter of the child care shortage in 2015. In the process of this initial research, we found a corresponding shortage of information on just why providers were leaving the business. As a result, we concluded in 2018 that it was necessary to conduct a survey that would allow us to hear directly from providers themselves, both family and center-based. The goal was to look deeper into the issue by asking providers themselves what’s going on.

From 1,500 surveys sent out to both family providers (those offering child care in their homes) and center-based child care providers, we received just under 400 responses. Providers were asked a combination of questions regarding finances and regulations to gauge how much each might be playing a role. While there were a few surprises, the responses from these providers confirmed what we have been hearing. Their comments provided numerous specifics to help direct efforts to fix the issues.

This survey is not the final word, of course. We will take what we learned from this round to develop questions we will ask in focus groups later around the state this year to dig deeper into the particular issues raised by this survey.

The findings: What we learned

The two main areas of this survey asked about finances and regulations to see how each might play a role in why providers are leaving the business. The survey results showed, however, that regulations and finances are entwined, it seems especially for center providers.

One finding that doesn’t immediately seem to relate to regulations or finances is how long providers intend to continue providing child care. Reponses confirmed what staff at the Minnesota Department of Human Services and others have known for a while: family child care providers tend to not stay in the business very long and apparently don’t plan to.

Figure 1: “How long do you intend to continue operating your child care business?”

To get an overview of how providers felt about their businesses’ sustainability and therefore their futures, we asked them: “How satisfied are you with your child care business’s sustainability in terms of your ability to pay bills, pay yourself, etc.?”

Figure 2: “How satisfied are you with your child care business’s sustainability in terms of your ability to pay bills, pay yourself, etc.?”

We asked providers about four different factors affecting their child care businesses—cost of operating; finding and hiring help; having enough time to get necessary things done; parents’ ability to pay a rate that is sustainable for you—and whether these factors are making it more difficult, less difficult, or about the same to operate their businesses today compared to five or ten years ago (Figure 3). 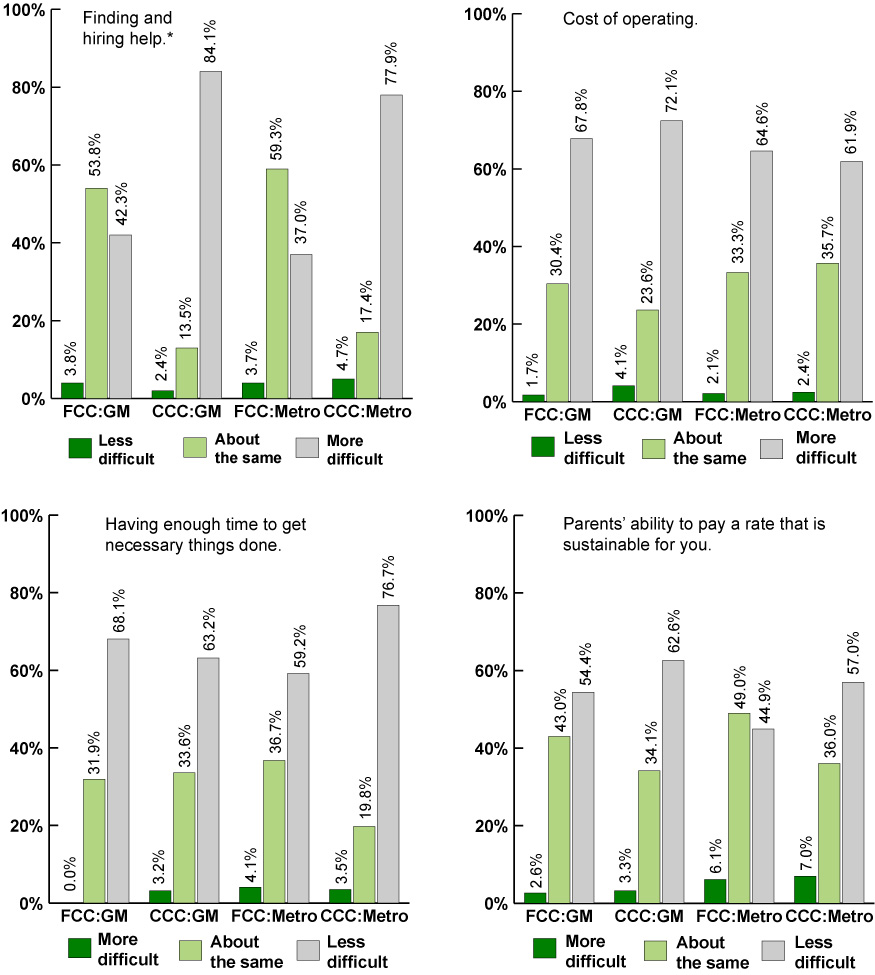 Figure 3: For each category, would you say it is making it more difficult to operate your business today than five or ten years ago, less difficult, or about the same? *A large number of FCC respondents, about a third, did not respond to the hiring help question, presumably because family providers do not generally have staff and therefore it did not apply to them.

Staffing: A problem for centers.

As the chart on finding and hiring help shows above, one of the overarching pictures to come out of the survey results is the scale of the problem centers are having with staffing.

Figure 4: “Which three options would have the greatest positive impact on your ability to do business?”

The problem of competition for an increasingly scarce workforce also includes the issue of benefits. We asked providers if, out of the revenue they make from their businesses, they are able to buy for themselves (FCC) or staff (CCC) any benefits (Figure 5).

“Also, the paperwork is ridiculous. Let’s be honest, there will not be a hurricane or an oil spill where I live.”

—A family provider in Greater Minnesota

Figure 6: “Changes in rules and regulations are making it difficult to operate my business.”

In general, family providers agreed more with the statement “Changes in rules and regulations are making it difficult to operate my business,” but both groups were quite vocal in their comments about the impact of regulations.

“The fear of constantly having to worry about how your licensor is going to interpret rule 3. It varies so much licensor to licensor. I’ve gotten cited for things that aren’t even in rule 3.” —A center provider in Greater Minnesota.

“We have a full-time person just to keep up with the ongoing paperwork and trainings.” —A center provider in the Twin Cities.

“New rules and regulations always come with a cost…” —A center provider in Greater Minnesota.

“As stated earlier, many of the new regulations make it much harder to be a good provider. They take away all choice to use common sense in multiple situations. Many licensors have never been providers, so they really have no idea of what it means to work with multiple children in a multi-age setting. Yes, they have families of their own, but any provider will tell you that there is a huge difference between having stayed home with your children when they were young and being a provider (I did both, my children were in school before I became a provider). Many of the new regulations are unrealistic. They also take away a parent’s right to make decisions about their child’s care and directly contradict what many pediatricians tell parents about raising their children. Parents who choose to bring their children to an in-home family childcare setting do so for specific reasons. Many of the new regulations are trying to make family childcare settings conform to center standards, where there is more staffing and children, and the costs are much higher.”

—A family provider in Greater Minnesota.

A theme that came out repeatedly in the comments was that providers felt the job of keeping up with changing regulations was stealing time from being with the children they were caring for, thereby diminishing the profession they love.

“With all the changes going on it has taken away with what I loved about my job. The children are the ones missing out the most.” —A center provider in the Twin Cities.

Center staff will continue analyzing the data and comments in the several open-ended questions on the survey. We hope that between the survey data presented here, the survey data yet to be presented, and the information we collect in conversations with providers later this year we will be able to develop a better-focused picture that will help solve this child care conundrum.