As a partner/sponsor of this publication, the Center for Rural Policy and Development is proud to provide the full report. To download the full report click on the link below: 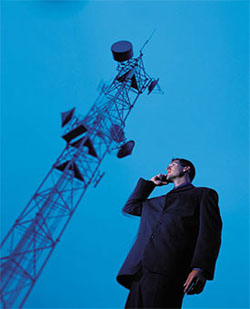 The Center for Rural Policy and Development has collaborated with the University of Minnesota Extension Center for Community Vitality to prepare a summary of Greater Minnesota’s Local Telephone Industry for the Minnesota Telecom Alliance.

Click on the link below for a downloadable version of the Talking Points.

Researchers with the University of Minnesota Extension Center for Community Vitality invited the 48 telecommunications holding companies serving customers in Greater Minnesota to participate in a confidential survey; 16 responded. Through the data collected, they were able to estimate the industry’s contribution to the state’s economy in 2011 in terms of expenditures, employment and taxes.